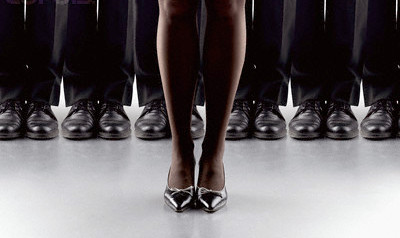 With gender inequality discussions and debates being such a controversial topic, I thought I would jump on the band wagon…. but from a completely different angle, and generate a different flavor of controversy. One that I think you will savor!

I believe, that in order to recover from economic and social crises and create a more hopeful future, we must distance ourselves from an either / or philosophy, to one that includes a both / and strategy.

I’m talking about the growing shift in the values between the Masculine and Feminine, breaking from the traditional macho paradigm of the past to incorporating transparency, nurturing, adaptive and empathic values. Typically considered as Feminine traits.

When you look at the different power systems: the Masculine offers logic, control, to act, analytical, decisiveness, ambition and independence. The Feminine offers collaboration, selflessness, patience, empathy and intuitiveness. Both have equal merit however, I don’t think one is better than the other nor should they function independently.

I recall a time in my career seeing women discount their Feminine Power System and adopt the masculine approach wholeheartedly with the notion that “Nice girls don’t get the corner office” *Cringe*. The result? A wake of “death and destruction” lay at their feet. They became the leader that was unbearable to everyone, including themselves.

Results of a recent survey conducted with 64,000 citizens in over 25 nations shows a growing global discord with the conduct of men, indicating a 57% global average with 54% of men in agreement. There is an increased sense of dissatisfaction with men’s black-and-white thinking that has led to reckless risk taking, income inequality, wars and scandal.

Not surprisingly, 66% of the people around the world thought that the world would be a better place if men thought more like women, with men being 63% in agreement. Interestingly, Millennial’s came out as having the strongest views on femininity and the role of women in society.

We operate in a world that is vastly different to what it was 20 years ago, let alone, 10 years ago. With an ever more global interconnected economy, the only way to succeed when everyone knows your business, is to act in an empathetic, patient, humane, and ethical way. Given that people the world over believe these qualities are “Female” in a traditional sense, let us use “Feminine” as a shorthand for what can be universal traits.

The importance of collaboration

Organizations in large are placing a premium on collaboration, communication, and consultation. This is because everyone now has access to enormous amounts of information about your company, its competitors, and conditions in the marketplace. The worst thing you can do is try to manipulate or control perceptions.

According to RocheMartin’s Emotional Intelligence Gender Analyses, women score higher in relationship skills and are better at relating to customers, communities, team mates and other stakeholders. To enhance leadership capacity, men who embrace “Feminine thinking” learn that being transparent and playing well with others, opens them up to being less defensive and more accepting of accountability. This is the time when co-operation is as important as ambition.

The art of empathy in making better decisions

Far removed from the idea of “success at all costs”, women tend to be more adept at listening to others and take into account their feelings, thoughts and circumstances before making a decision. Empathy typically gets a bad rap for inciting a “touchy-feely vibe” however, at its core, empathy is the oil that keeps relationships running smoothly. Along those lines, in his book, A Whole New Mind: Moving from the Information Age to the Conceptual Age, Daniel Pink predicts that power will reside with those who have strong right-brain (interpersonal) qualities, all of which are very difficult to outsource or automate.

To be adaptable and more tolerant of others

Women have this wonderful ability to be flexible in their thinking, feelings and actions in response to changing circumstances, they are more receptive to new ideas and people, and are often referred to as “Champions of change”.

My intention here is simply to point out that it’s never the lack of resources that leads to being ineffective as a leader, but the lack of resourcefulness. Let us allow ourselves to be more open to the possibility of a different approach. Considering the current rate of change, there’s a new currency required. Ensure you have a reservoir of Adaptability, Tolerance and Resilience to bank on when the next change comes along.

When we think in gender, i.e. Men vs. Women, we lesson equality for women and limit our collective future potential. This is an either / or stand point.

When our intentions are built on the understanding that what we are part of is bigger than the part we play, our need for contribution, growth and impact requires a more balanced approach by harnessing both Masculine and Feminine Power Systems – this is a both / and approach. I’m sure the irony is not lost.

The bottom line is who is better at leading, supporting, encouraging, and creating a world where people feel empowered?

If that’s you, then STEP UP to the platform and LEAD. Don’t play the gender card any longer.